Reverting an Interface to a previous version

Changes to an Interface can be undone

1. Edit the Interface then press the “Revision History” button. 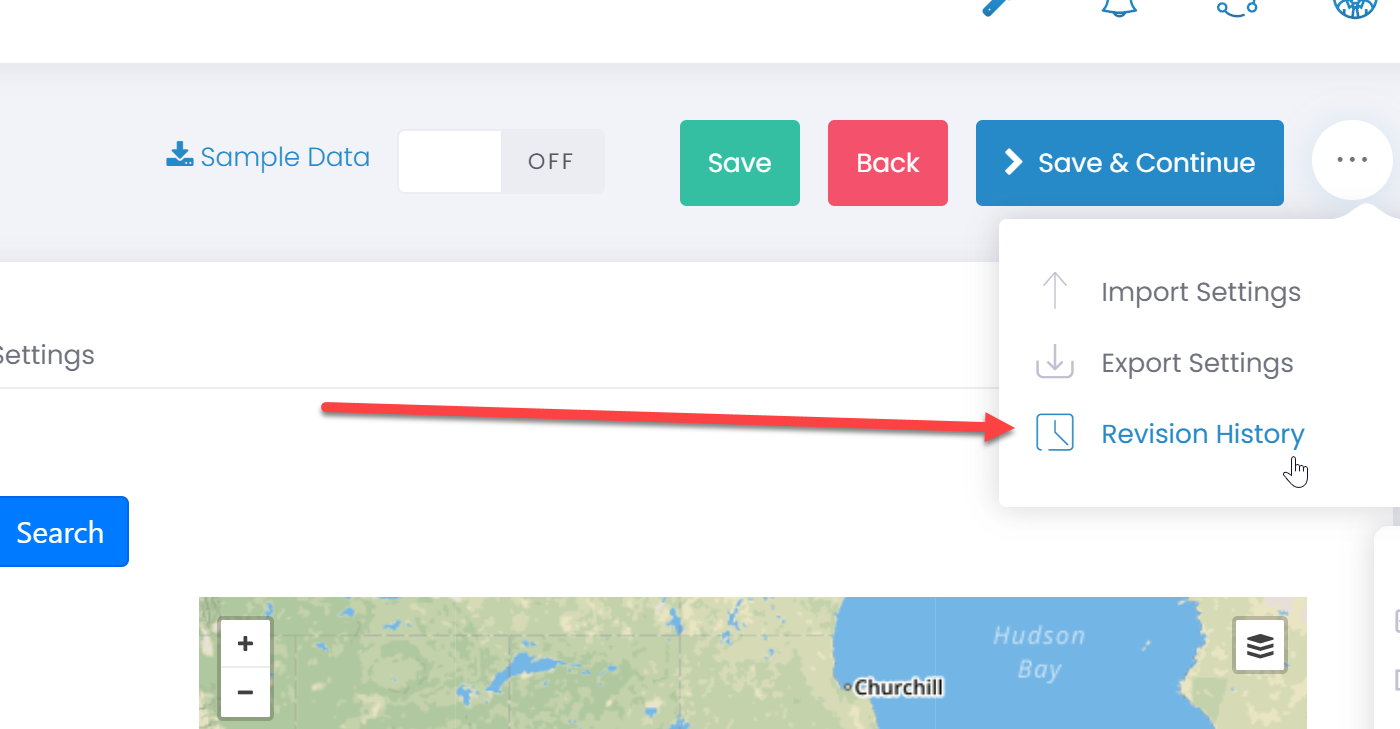 2. Identify the change you want removed then press the Restore button. This will revert to the version before that update was applied. There are Interface settings listed to show what was adjusted along with the date and time those were made.

Where there are no settings shown as seen below in Revision 116, this is where the Interface was saved without any changes having been made. 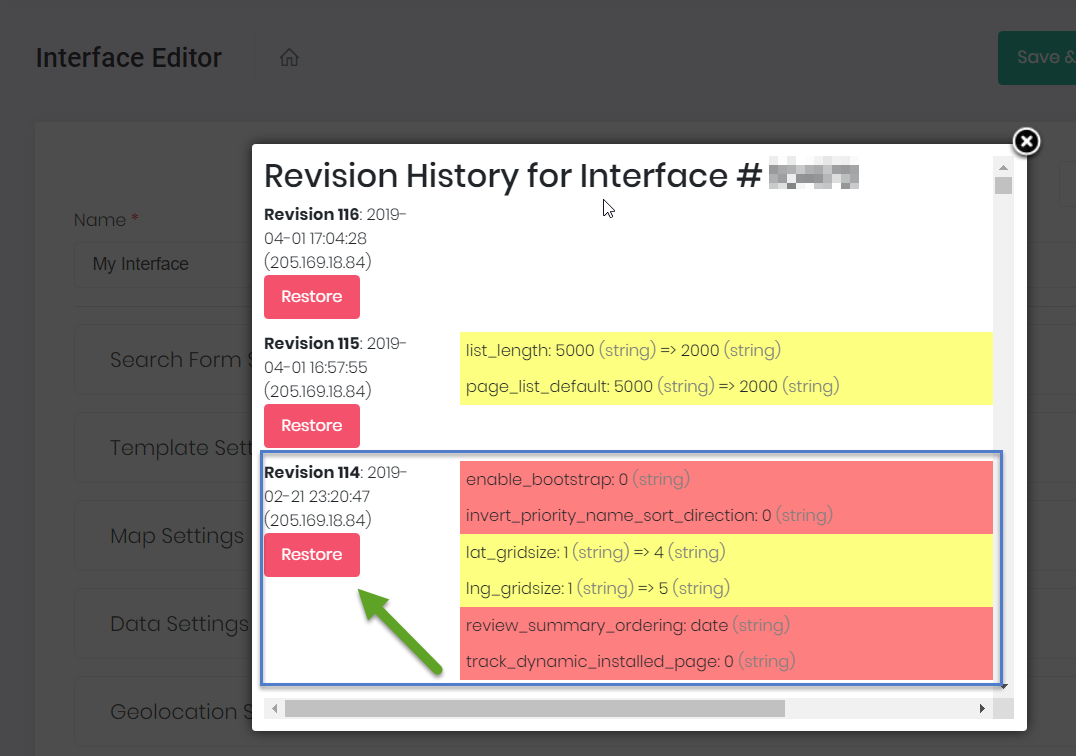