The map marker popup window appears based on the settings under Behavior. The options available allow you to determine which actions cause the popup to display, if any.

In the example below, we are choosing to open the map marker popup window when the user clicks on the Result *and* when they click on the Marker

The Result Click behavior controls what happens when a user clicks the result row in the List. In the example above we are choosing two behaviors:

Both of those actions occur when the user clicks the result. The Marker Click behavior also causes the "Open marker window" action to occur.

To customize the content of the map marker popup, we can modify the fields and settings found in the below template found under Results, and Map Popup. 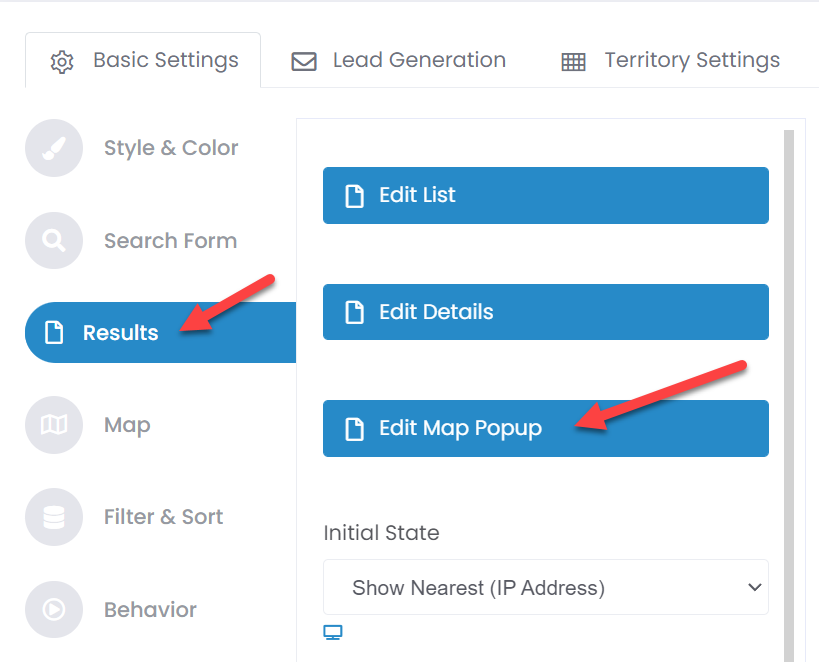 For example, we have inserted an image in the Map Popup by using Add Field.

The map popup template can be adjusted just as any other Interface Builder Template. See the section on Updating Results Templates here.