When you have data that needs to be imported into MetaLocator on a regular basis, you can manually import that data as many times as you need. However, having that process automated frees up your time and avoids costly mistakes.

MetaLocator provides a background importing service that can pull data from Google Drive, SalesForce, SFTP or any other supported integration on a regular basis. Not all accounts have access to background importing, view the Plan Comparison to see if your account has access or buy the add-on.

Background importing works by automating an import task that you create from the Dashboard. When you begin importing data from SalesForce, SFTP or Google Drive, you will see a checkbox that will create a Background Job as part of the import asking if you want to "keep the data in sync". 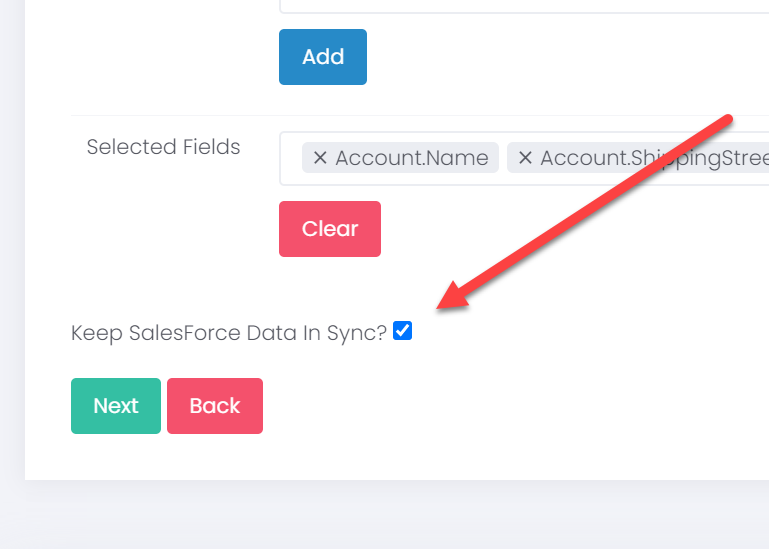 If that box is checked, the import wizard will create a Background Job with all the choices made during the import wizard, such as import options and column mapping choices. That job will be un-published by default.

When a job runs, it repeats the import as it was configured. So it's important to think about choosing the job options so that they are sustainable and consider deletions, categories and updates. Review the explanation of the import options here. For example, if you choose "Add" in the options screen below, you will create duplicates each time the job runs. Most jobs are created with "Update Existing & Insert New". This works best with an External Key configured. External keys allow MetaLocator to uniquely identify a record during sync operations. They are required for bi-directional sync options like those explained in the "Deleting Records during Import" section in the import options article linked above.

Each job will be listed including options to enable, disable or edit the job. Click the name of the job to edit the job options.

Jobs run every 24 hours by default. Only jobs with the Scheduled toggle "On" will run on the configured schedule. For changes to the schedule, contact support. The help desk can update the schedule, however; we review the job for performance or timing issues. For example, scheduling a job that takes 30 minutes to run every 5 minutes is something we avoid.

Click the process icon in the toolbar in the upper right,

Check the box next to the ID column and click Force in the toolbar.

Background Import Failed. The columns coming from your external data source no longer match what they were was when the job was originally set up.

This can occur in the following cases:

To correct the issue, the column mapping must be updated. To do that, follow this procedure:

Sometimes it's important to have multiple jobs run in sequence, where one job must be complete before the next job runs. This is important when, for example, one job imports locations and the next job imports categories for those locations. Chaining can only be configured by the help desk. We review that to avoid infinite loops and performance issues. When a job is chained to another job, it's ID number will be shown in the "When complete, run" column. That chained job must be Published to run. Jobs can be both chained and scheduled. Though rare, it's possible to have a job run on it's own schedule, but also after another job completes.

Most jobs are run as the Account Owner, however for MetaLocator Teams subscribers, individual Group Administrators can create their own jobs, and those jobs run as the user that created them by default.

Administrators can change the user context by updating the User ID as shown below. Obviously, this must be a valid user id listed under User Manager.