When leads are ignored, they can be assigned to other dealers

If you are tracking lead acknowledgement, one sobering aspect is the number of leads that are never acknowledged. This may be due to a number of factors, including bad email addresses, unresponsive contacts, full pipelines and more. Regardless of the cause there is still a customer request waiting to be fulfilled. Lead reassignment ensures that lead is addressed promptly after not being initially acknowledged.

Lead reassignment works using the following process, starting in the upper left where the visitor fills out a lead form. 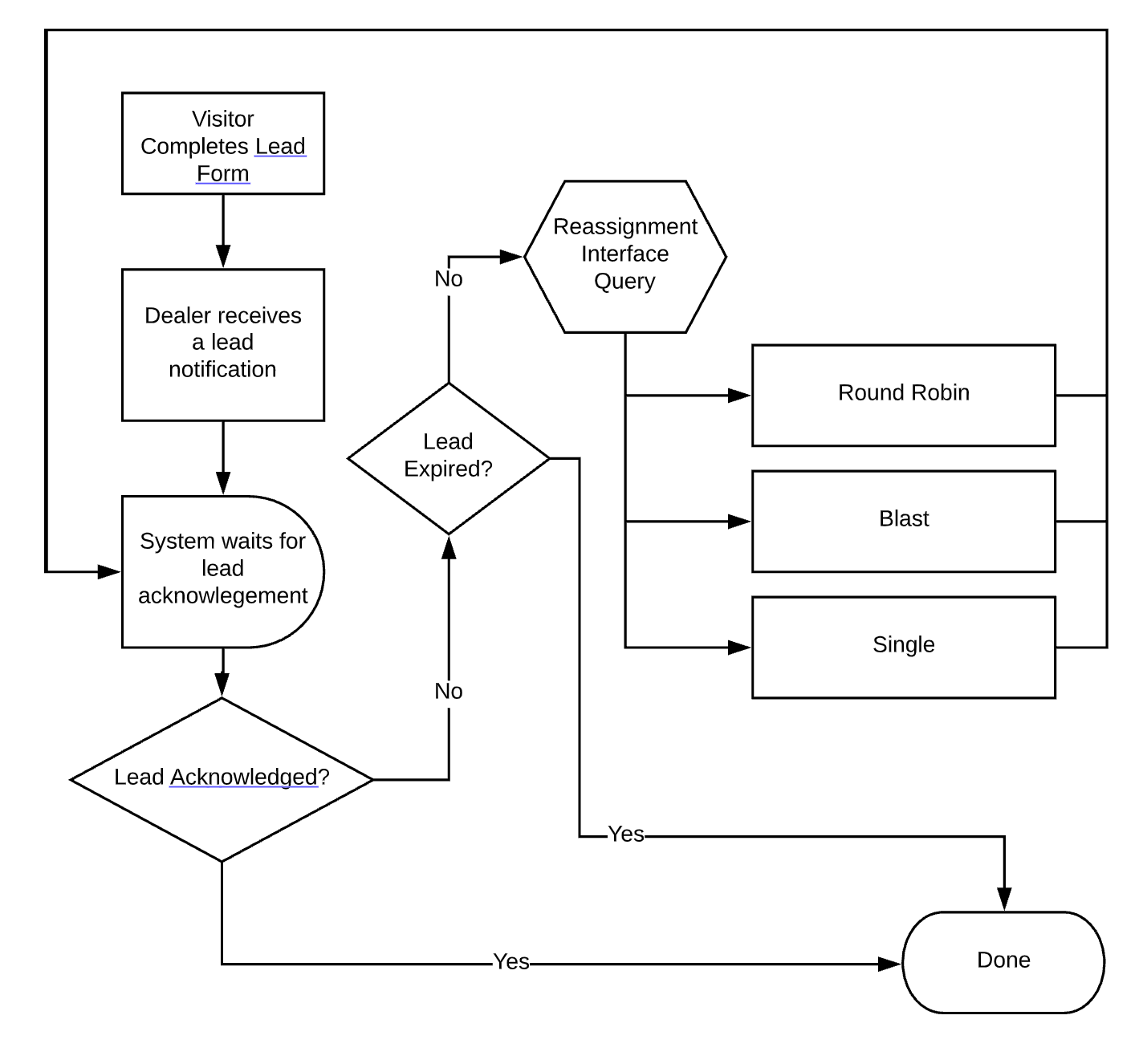 In this article we will discuss what occurs after the Lead Expired decision point above, where the reassignment process begins.

The first step happens automatically after an unacknowledged lead ages past a configurable time frame, show below as elapsed_time. This step is where the system initiates a query to determine candidates to receive this lead. The query is defined by an Interface configured in your MetaLocator account. This special interface, called the Reassignment Interface, is used to obtain the results used in the subsequent algorithms, shown above as Round Robin, Blast or Single.

The Reassignment Interface's ID number is passed to the LeadReassignment job which is responsible for executing the process described in this article, shown below as item_id. 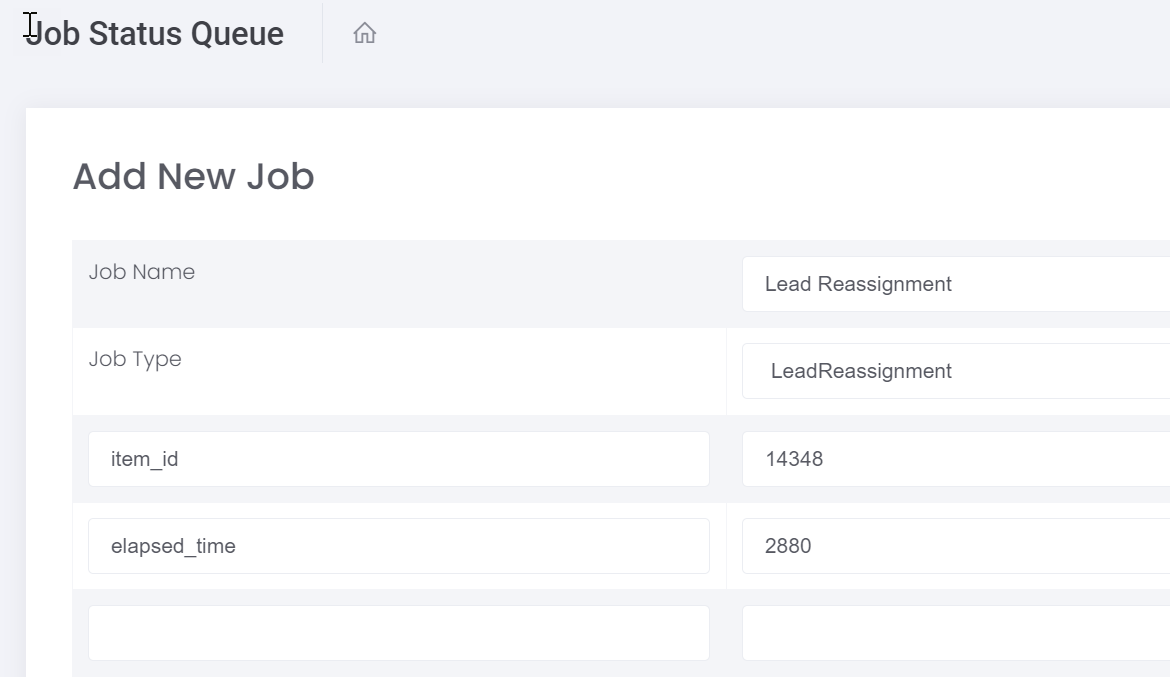 MetaLocator staff will initially configure this job for you based on your requirements and it will be available under the job status queue as shown below:

This approach allows you to filter and sort the locations used for reassignment differently than the Interface used by the customer. For example, we could configure that the Reassignment Interface:

The above are examples of logic that can be built into this and any interface using the same filtering and sorting tools found in the Interface Builder.

Regardless of the options the query will be run, and it will return a series of results. These results are candidates for reassignment.

When a lead is reassigned, a new copy of the lead is created and sent to the new contact(s) to which the lead has been reassigned. The old, ignored lead is invalidated, meaning that if the dealer who was initially contacted by the lead finally clicks on the lead acknowledgement, they will see a message indicating that the lead has expired and is no longer available to them. This avoids a competitive scenario where multiple contacts are trying to reach the contact. (Sometimes that's desirable, as in the Blast algorithm, which we will discuss further below).

What happens next depends on the chosen reassignment algorithm, shown above as Round Robin, Blast or Single.

Blast copies multiple contacts on the same lead. The first recipient to acknowledge the lead instantly invalidates the other lead notifications. This means the fastest dealer wins.

Round Robin
Round Robin is similar to single, except that it allows reassignment to continue if the first candidate does not acknowledge the lead.

The objective of these algorithms is to ensure your customer is contacted as soon as possible depending on the preferences of your business and dealer network. It should effectively diminish the Ignored Rate and boost the Acknowledgement Rate resulting in more revenue, happier customers and more effective dealers.